I spent some of my free time over the past three weeks rebuilding a small single page app I maintain: Tumblr Top (code here).

The original incarnation of this app was written circa 2015 in CoffeeScript and AngularJS 1.4. The new version is in React and Semantic UI. There are also a few simple charts to visualize blog post and tag popularity that were coded using the Victory charting library. 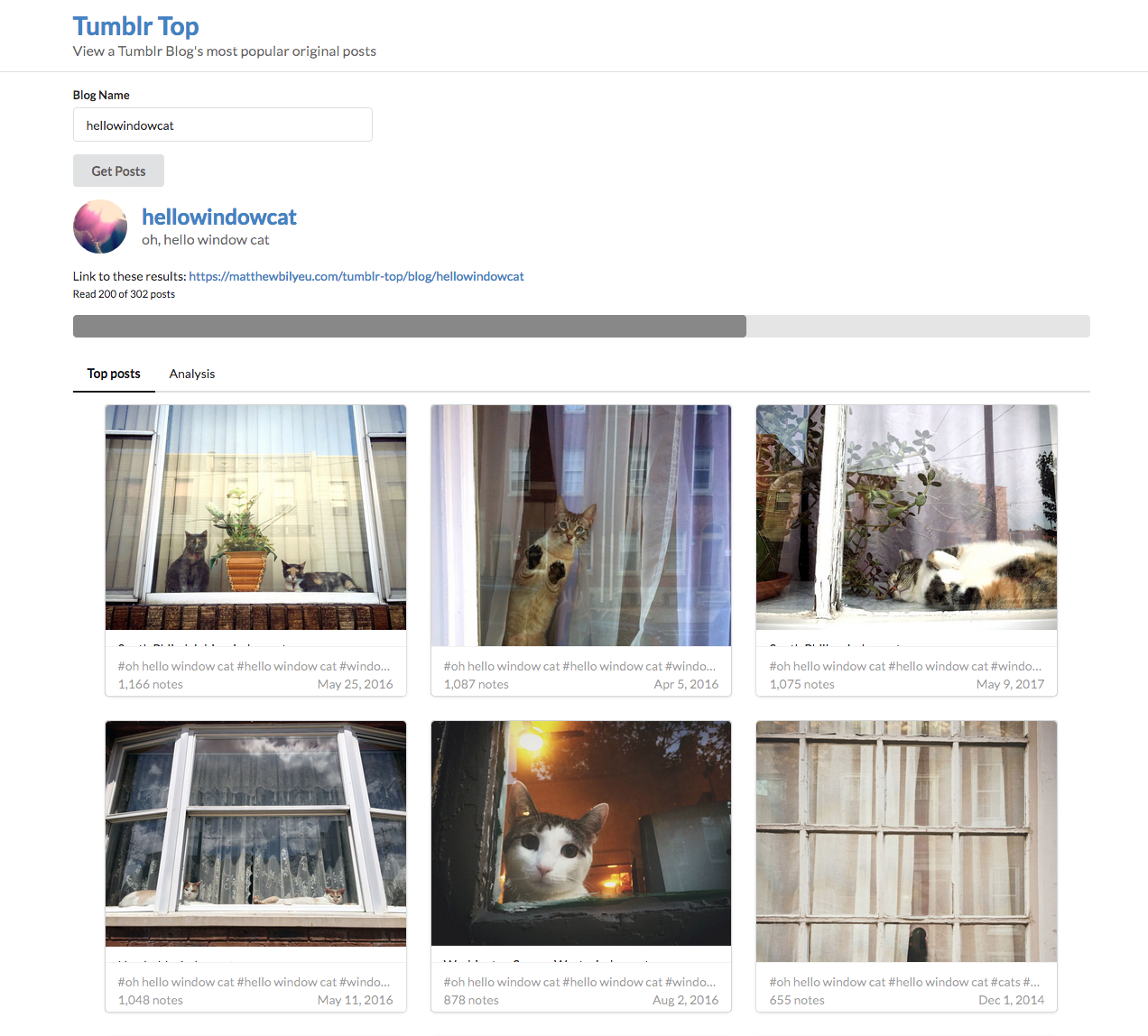 I rewrote the app as an excuse to use React on a personal project and to make the site easier to build and maintain going forward. But the original version was running smoothly with something like 2-3k users per month. I didn’t want to upset the regular users by fixing what wasn’t broken.

So I built out the updated site to what I thought was a reduced but perhaps satisfactory level of functionality. I hosted the new app at a different url, and added a callout to the old site asking users to try it out.

While the new app was in-progress, I invited the early adopters to leave comments and criticism. Google Forms made soliciting and collecting user feedback dead simple (alternatives: SurveyMonkey or Typeform). The feedback survey was to the point. It only had four questions: 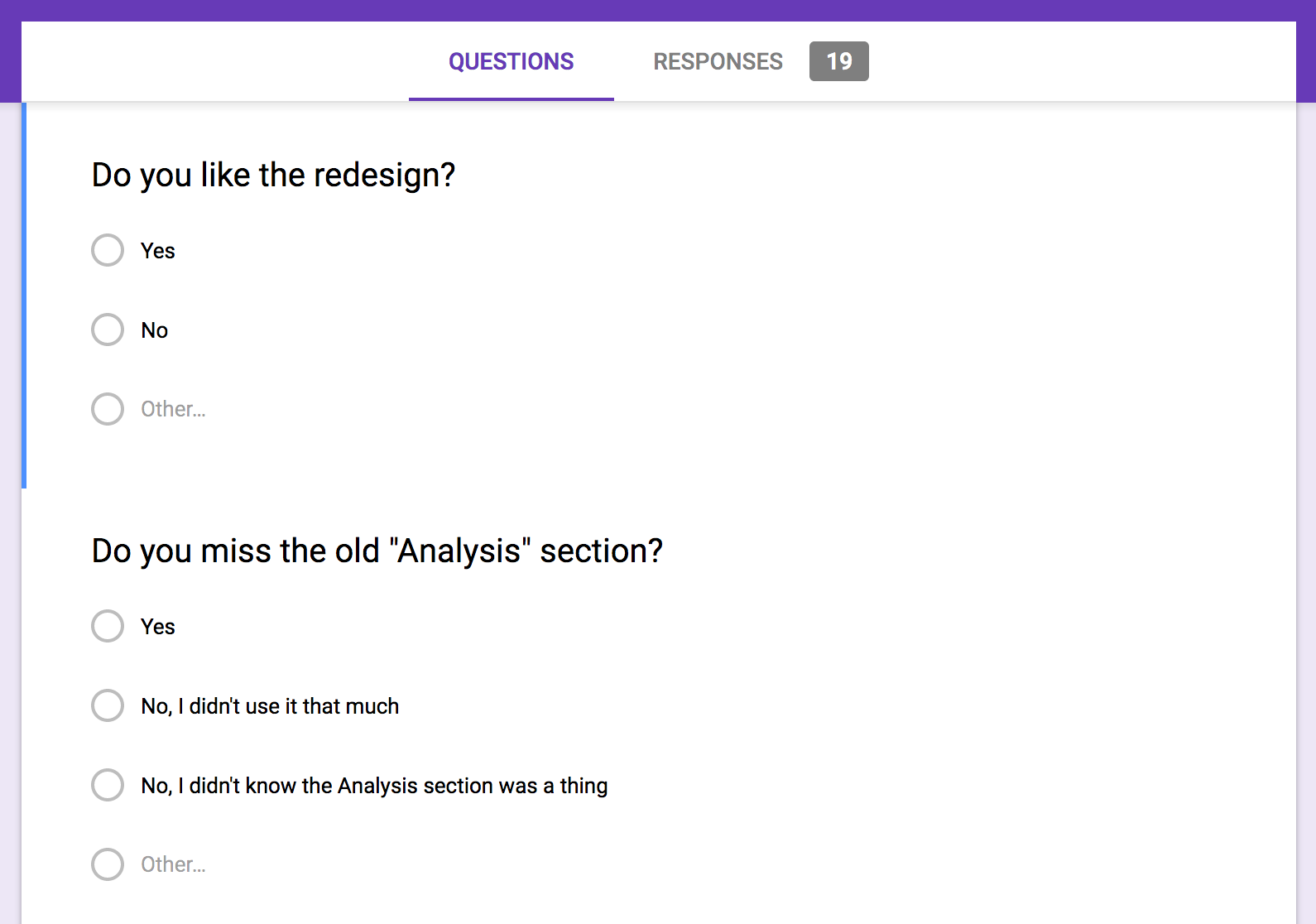 Over the course of a couple weeks the survey received 19 responses. This was enough to help me massively improve the first cut. The answers to those four questions gave me a lot of insight:

I’m thankful to the handful of power users who took time out of their lives to provide valuable feedback for the app. Without that survey I may have shipped a shoddy update and degraded my users’ experience.